Explore Kentucky Bourbon – From a New Perspective by O.Z. Tyler at IBWSS

The O.Z. Tyler® Distillery is named in honor of Orville Zelotes “Ty” Tyler III who was born in 1934 and passed away in 2014. A chemist, inventor, and visionary, Ty created many things including the patented coating that eliminated the metallic taste of soft drinks stored in cans. He created indoor-outdoor carpeting, washable wallpaper, and outdoor latex paint. 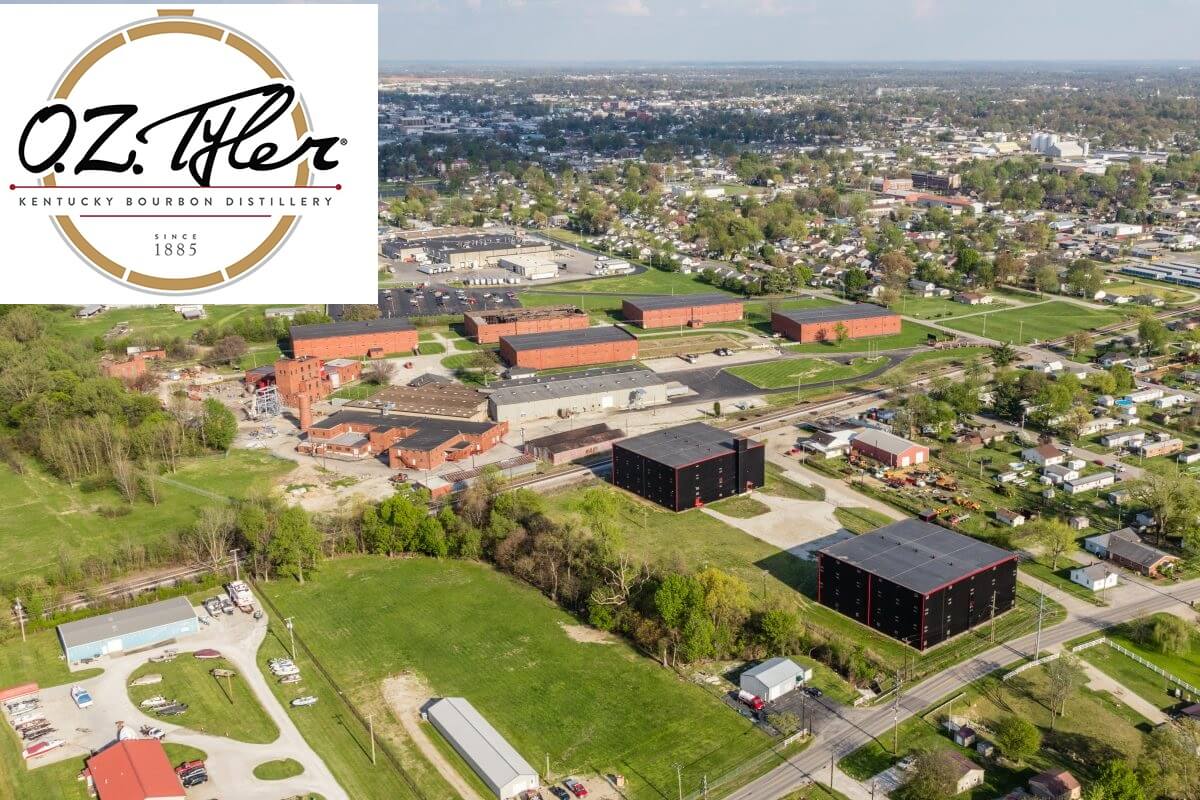 Ty and his stepson Edward Bailey, an architect, began studying the barrel aging process. Barrels trap the “bad” molecules in alcohol and filter them out. Ty and Edward wanted to know whether there was a way they could make these bad molecules combine with something else to make good molecules and avoid the extensive time spent in the barrel. They came upon the idea of using natural ultrasonic energy to help speed up the aging process of distilled spirits.

They created a series of machines that eventually became the foundation for their company’s patented TerrePURE® process. Never fully satisfied with the status quo, they continued to innovate and were proud of the fact that their curiosity and hard work launched a company, Terressentia. They considered their story an example of the “American Dream” in play.

Bourbon Whiskey is a distinctly American product that has been produced in this country since the 18th century. Bourbon can be made in any U.S. state but the vast majority of it hails from Kentucky, and can claim to be world-renowned Kentucky Bourbon. As defined by federal standards, Bourbon Whiskey must be stored in charred new oak barrels at not more than 125 proof and it must contain not less than 51% corn.

There is no set minimum time for Bourbon Whiskey to age in a barrel, with the exception of Straight Bourbon Whiskey which must age in a barrel for at least two years. Daviess County—where their distillery resides—has a rich bourbon tradition. In fact, a distillery operated in the county as early as 1805. Owensboro has been a hub for bourbon production because of its location along a rail line and waterway, its tremendous limestone water source, its extensive oak forests, and because local farmers have always produced a great deal of corn. The location of the O.Z. Tyler® Distillery has been producing Bourbon Whiskey since 1885.

Bourbons Made in the Distillery

The site of the O.Z. Tyler® Distillery has housed distilleries for nearly 130 years. The Green River Distillery, built in 1885, was the first in Owensboro and a major producer of Kentucky Bourbon for over 30 years. In 1918 the entire distillery burned to the ground. It was rebuilt in 1936 after prohibition, and most of the buildings on their grounds today date back to the late 1930s. In 1940 it was purchased by the Medley family and continued to produce significant quantities of Bourbon as the Charles Medley Distillers Kentucky until 1993. 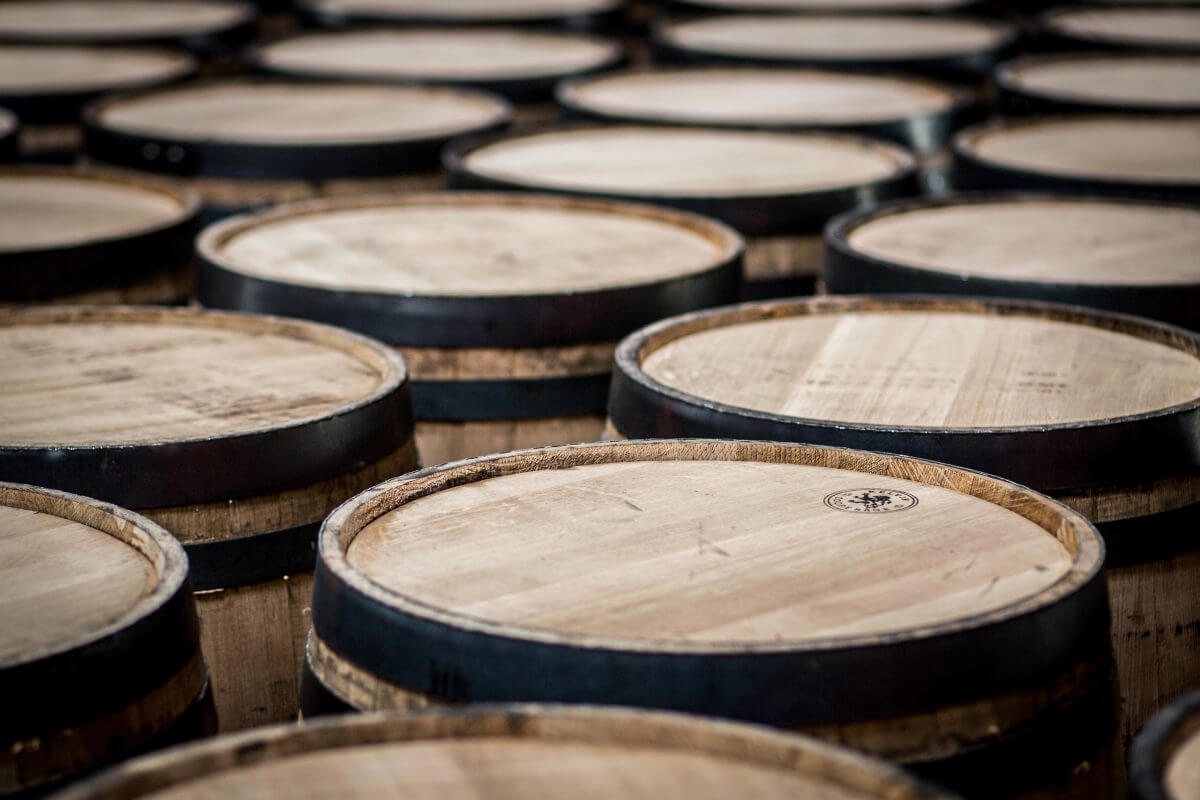 Here is a random sampling of just some of the bourbon brands that have been made on the site of their distillery. Some of these brands have moved on to different distilleries over time and some are no longer in production:

Earl Hewlette has been CEO of Charleston, South Carolina-based Terressentia Corporation since 2008, and a Board Member since 2007. In 2014, the company acquired a 26-acre distillery in Owensboro, Kentucky and began renovating what would become the O.Z. Tyler®Distillery. Earl’s diverse business background includes law, real estate development, hospitality management—and now—distilling. He holds a Bachelors in English, a JD and an MBA from the University of South Carolina. Mr. Hewlette served as an officer in Vietnam, where he was awarded, among other distinctions, a Bronze Star with Combat “V.” Earl oversees all aspects of Terressentia including Private Label, Private Brand, Bulk and Export Spirits, as well as the O.Z. Tyler® Distillery.

To say he was born with whiskey in his veins may be a stretch, but distilling bourbon has been in Jacob Call’s family for three generations. A seventh-generation Kentuckian (born and raised in Bardstown), Jacob graduated from Murray State University with a degree in business administration. He started his career in banking, rising in the ranks to Chief Operating Officer before the familiar call of the spirits business became too strong. His grandfather and father had spent many years working at Jim Beam (where his father was mentored by Booker Noe) and his father went on to become Master Distiller at Florida Caribbean Distillers, where Jacob joined the team in 2007.

At Florida Distillers, Jacob held various senior management positions in purchasing, bulk sales, and distillery operations. Jacob joined Terressentia in the fall of 2014 to oversee the renovations. As Master Distiller, he oversees all aspects of whiskey production and warehousing for the facility.

Daniel has been with Terressentia since 2011. He holds a BS degree in both Economics and Human and Organizational Development from Vanderbilt University. Daniel has had a variety of roles with their company including Private Label and Private Brand sales. He now manages tourism, special events, and retail for the Distillery.

Spence has over 18 years’ experience managing laboratories in the chemical and beverage industries. He has served as Quality Manager at Florida Distillers and Panache Distillery. Spence has a BS in Chemistry from the University of Florida and a PhD in Chemistry from the University of Southern Mississippi. Spence is responsible for quality assurance at the O.Z. Tyler® Distillery as well as the Terressentia facility in South Carolina.

Comprised of approximately 26 acres total, the O.Z. Tyler® Distillery has 6 rick houses (each holding approximately 20,000 barrels), a still house with 8 fermenters and a 4-story Vendome still, an old dryer house, three general purpose warehouse buildings, and several office buildings. Most of the buildings were built in the late 1930s and still have their original triple-walled Owensboro brick siding. Five of the rick houses have large blower systems, capable of heating or cooling the whiskey as it ages. Over the last few years, the facility has gone through an extensive renovation encompassing everything from electrical to piping.

They now have a modern facility within a set of very historic buildings. Upgrades include new modern controls, a new still, a state-of-the-art grain handling facility and a processing center capable of barrel-filling and dumping, as well as bourbon processing with a capacity of 32,000 barrels of Kentucky bourbon annually.

Terressentia can help make your concept a reality with their custom-designed distilled spirits. If you hold a Federal Basic permit they can provide you with the liquid and bottling expertise to bring your branded spirits to market. All spirits are produced utilizing their patented TerrePURE®distilling technology, resulting in exceptionally smooth products. Their services include custom flavor development, regulatory approvals, and a dedicated Brand Manager.

Their O.Z. Tyler® whiskey products, like all distilled spirits made by parent company Terressentia, are refined with the patented TerrePURE®process. TerrePURE® is an all-natural process that utilizes ultrasonic energy, heat, and oxygen to dramatically improve the quality and taste of distilled spirits. It works by removing harsh-tasting impurities (“congeners“) present in all spirits, revealing the pleasant taste and aroma of the underlying distillate without the need for extensive barrel aging. For brown spirits, such as bourbon and other traditionally-aged whiskeys, the result is a rapid maturation done in hours when it would otherwise take 4-6 years.

All of their whiskeys are traditionally crafted and barrel-aged prior to being processed with TerrePURE®. In spirits such as vodkas, gins, rums, and tequila, processing with TerrePURE® results in a more pleasant aroma, reduced alcoholic “burn” or “bite,” and much better mouthfeel. Spirits that have been refined with the TerrePURE® process have won numerous medals for their superior quality in national and international taste competitions. These competitions have included consumer preferences, professional tasters, and completely blind taste tests.