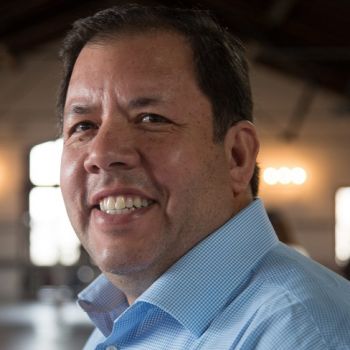 25-year veteran of the wine and hospitality industries.  Undergraduate degree, in English, from St Mary’s College of California and will complete his MBA in Wine Business Management from Sonoma State University in August 2018.

He developed a love of wine through his relationship with the Lasallian Christian Brothers while in college.  He carried that passion into the hospitality business, opening several restaurants throughout the western U.S.  At the turn of the century he opened a wine brokerage in Utah, that later sold to Young’s Market Company and launched him into private winery ownership.  During that transition he was introduced to the Terravant Wine Company (TWC) which he joined in 2011.  Since then he has worked to build the winery services and private label business for Terravant.

TWC sells 700K cases annually of both custom crush and private label wines to some 70 national chains and 300 domestic wineries.

Joe is an active member of the community serving on the City of Buellton, Planning Commission.  He and his wife, Lisa, operate a non-profit BMX track.  They have 4 children, one of which is working in the wine industry.